On Friday lunchtime I made lentil and chorizo soup and it was rather nice. Not totally ‘omg this is amazing’ but still, worth the effort. (I made one substitution to the recipe, swapping the leeks – which I didn’t have – to onion, leek may have been a little nicer).

On the Friday afternoon I made Nigella’s cranberry mincemeat (you can find the recipe on this page), which is a Christmas tradition for me, even though for years I’ve been the only person in my household to actually like it. Nobody in my house likes traditional mincemeat, including me but the cranberries really make the difference with Nigella’s recipe. I usually make the pastry too, that comes with Nigella’s recipe but this year I was feeling lazy / fancied something different and I followed the construction of this recipe from BBC Good Food that uses readymade shortcrust pastry and used the Nigella mincemeat I had made with that. (With the BBC Good Food recipe I didn’t do the final sugar dusting step as I try and knock out ‘unnecessary’ sugar when baking).

The result was okay, as someone who doesn’t make pastry that often but will normally do so when making mince pies, switching to shop bought, you can tell the difference and not in a good way. Not that I’m a massive fan of making pastry but maybe the pay off of doing something I don’t really like doing is worth it, even if there are shop bought alternatives. I did quite like the whole shape thing though and it was pretty easy to do.

Up there with making pastry, I also don’t like wrapping presents and there have been far too many years where I’ve been up, way too late, wrapping them on Christmas Eve. So this Christmas I took advantage of K and the kids going to see Rogue One and I got wrapping early and I thought some mulled wine might make me feel a little bit more festive whilst doing it.

Now I discovered mulled wine quite late in my adult life, it wasn’t until I had kids and I started going to school Christmas fairs did I start drinking it and obviously school Christmas fair mulled wine can be a bit …. hmmmm but still, that first (and often only) plastic cup of over priced, watered down, dubiously flavoured cheap red plonk is often one of my highlights of my Christmas, sad I know but the stuff is guaranteed to chip through my bah Humbug icy core and actually make me feel a little bit Christmasy.

Now up until this point I’ve had two cups of mulled wine this year, an advantage of currently having children in two separate schools equalling two Christmas school fairs and that’s 100% more mulled wine than I often have but maybe two cups of Christmas school fair mulled plonk has put me on a slippery slope because I’ve gone and made myself some more mulled wine at home. I followed this ‘recipe’ loosely, just as a rough idea of ingredients not amounts, as I was only making this for me. The result was quite nice, a bit stronger than the mulled wine at the school Christmas fairs but it did get me through a lot of wrapping paper. 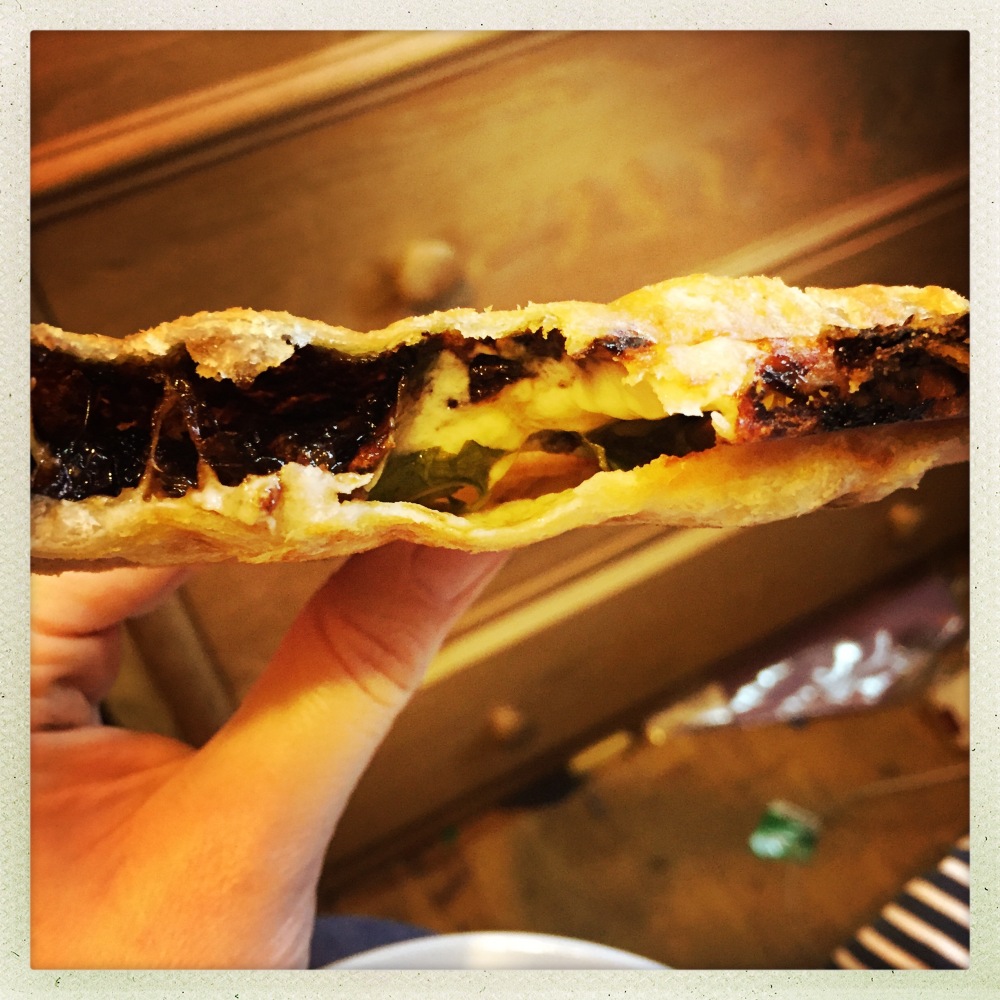 I also did some non-Christmas cooking on Saturday, although thinking about it, I think cheese toasties are actually a very Christmasy food. This was following a recipe from A Cup of Jo; it was quite fancy / required a bit more effort than my normal toasties, as you had to make the sugared, balsamic onions before hand, so with that extra effort my tastebuds were anticipating a reward and …. it was okay. I think that reflects more on my personal taste though, as I thought it was a little bland, to me a really good toastie has mustard or jalapeños and / or some sort of pig product.

S, my eldest, has longer school holidays than Z, my youngest, which has been odd even after over a year of them both being at separate schools but one of the things we do try and do, when S is home and Z isn’t, is to eat all the types of foods that Z doesn’t like but S does. Today was creamy, cheesy pasta using this recipe, as we didn’t have the time to go the full, oven baked goodness route. I threw in some pancetta and also, because I am in the frame of mind to use this in everything at the moment, because it’s so nice, I also added some of that Italian readymade herb mix that I was using on Sunday (it’s from Waitrose by the way, did I say that?) and I think that it was the herb mix that really made it.

I also made use of the free bored teenager and got her to make the Christmas cake (I always leave making the Christmas cake way too late). She’s old enough to fend for herself in the kitchen now (not so old enough on the tidying up though it seems….), so I just left her too it. The recipe is a Nigella one, I often make Nigella Christmas cakes and always seem to bitterly regret it if I go off and venture into another celebrity chef’s Christmas cake recipes but I haven’t tried this particular Nigella recipe before, so I will report what it’s like next week, I can’t try it this week as I’m under strict, glaring instructions from the teenager not to dare cut into it until Christmas day.