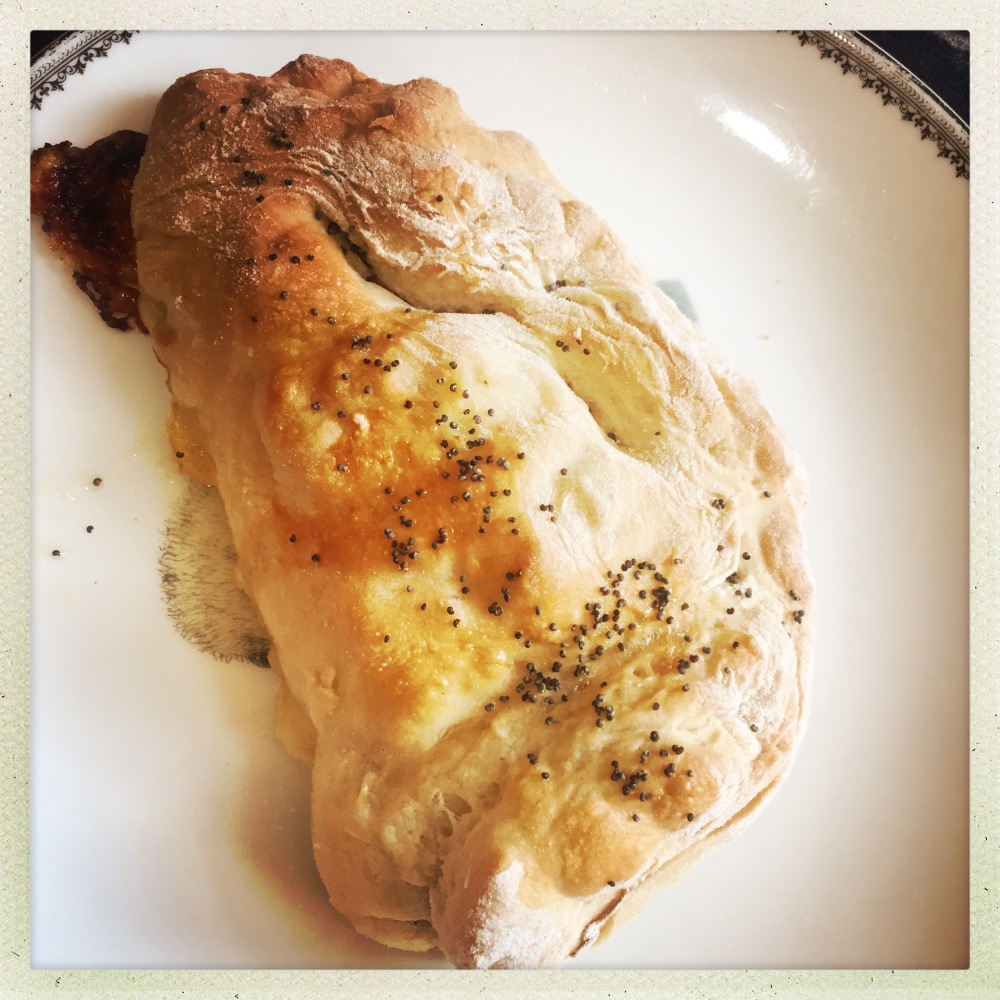 I made the mini (not that mini really) calzones from the Tasty app, doing the Hawaiian version. The recipe called for ready made pizza dough but I made my own using this recipe which makes for a very voluminous dough. These were nice, although as I’d been craving a tomato-ey calzone (a bit like this one, which had triggered my calzone cravings in the first place), I’m not sure why I made a recipe with no tomatoes in (I know why, the poppy seeds, I can never resist). 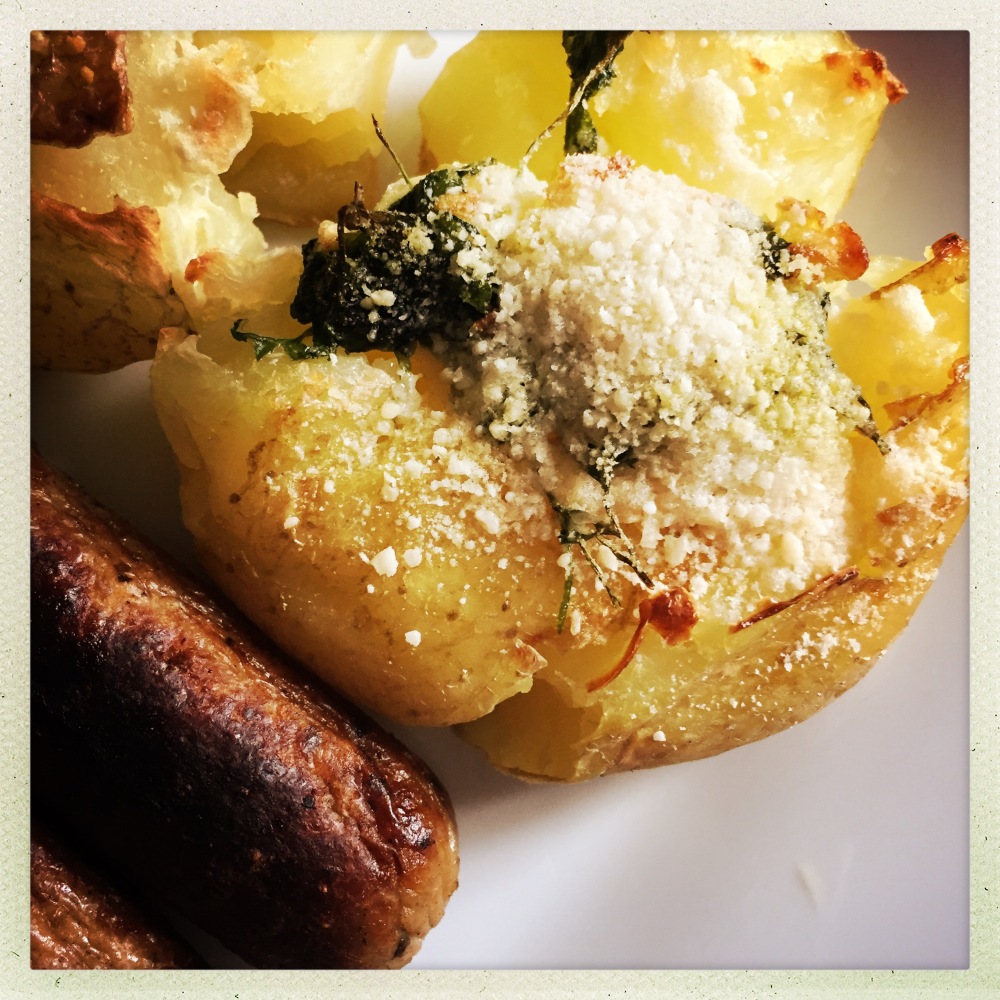 Another thing I’ve been craving recently is smashed potatoes, so I tried this recipe and it did not disappoint, garlicky and cheesy, it was like mashed potato with added tasty crispy bits. 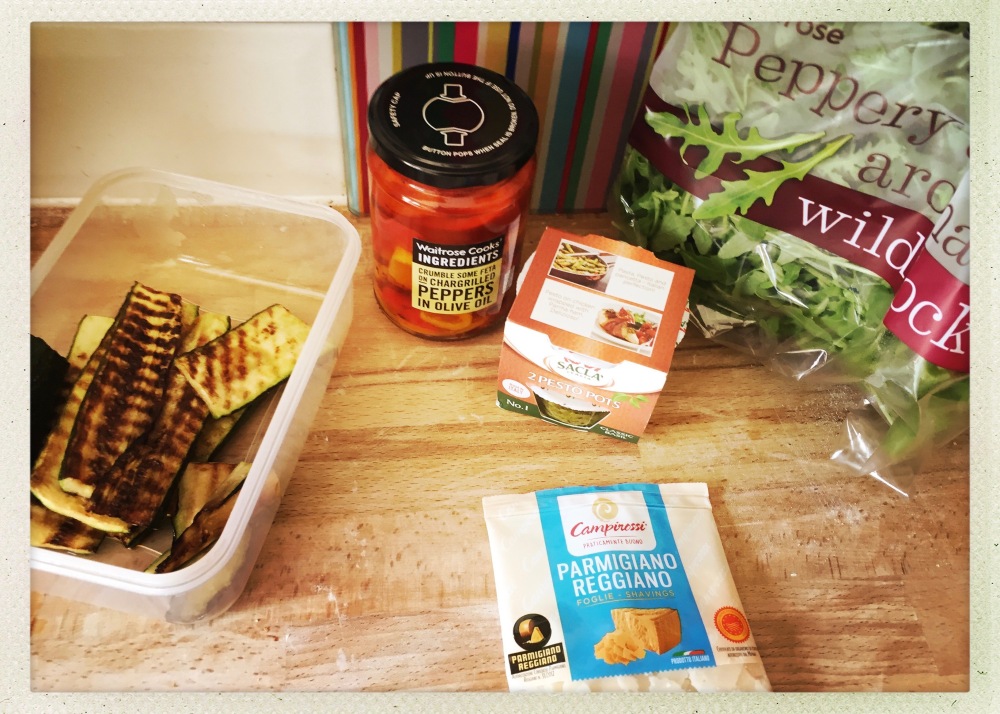 I really, really like the current chef special in Pret A Manger; chargrilled veg and pesto on a granary baguette. It will disappear after 4th September, so I thought I’d better practice making my own. I used jarred peppers but had to chargrill the courgette earlier in the day because although I think I’ve seen jarred chargrilled courgettes around before, they’re not that common. I used a crusty granary roll (regretting that I hadn’t bought a granary baguette instead so I could have more sandwich) and put a thick layer of pesto on the inside of both bits of the roll before filling with the veg, parmesan and rocket. The result was delicious, a bit more oily than the Pret original but I quite liked that and olive oil is good for you. Will definitely be making again. 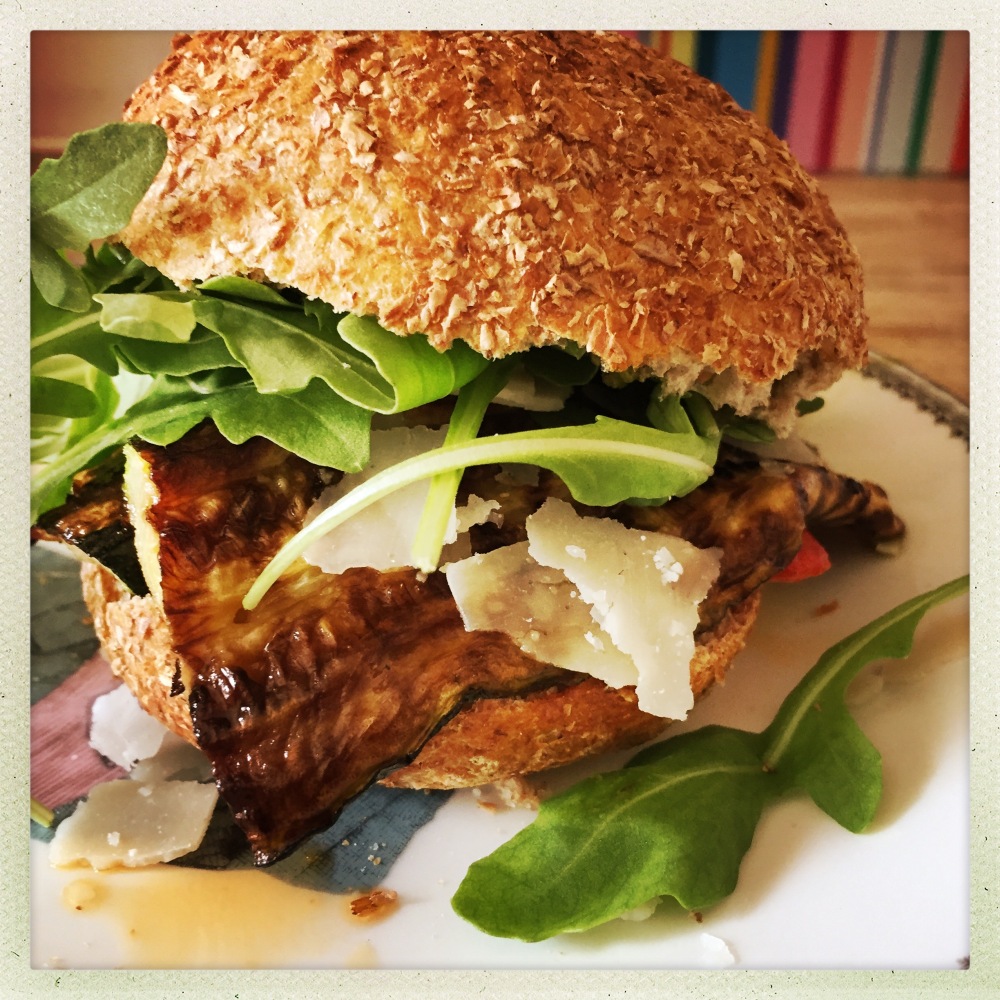 I also made cheese stuffed garlic pretzels from the Tasty app (I love that app). The recipe calls for ready made pizza dough again and I actually looked for it in the supermarket this time but I couldn’t find any, so I ended up making the same quick pizza dough that I used for the calzones on Saturday. This time, as I’d used up all my regular flour for the dough at the weekend, I used strong white bread flour (which I’d usually use for pizza anyway) and the substitution was fine. I only used half the dough to make the pretzels (as I only made four), the rest is in the fridge, expect lots more pizza dough dishes next week! Anyway, the important bit, the actual pretzels were absolutely gorgeous (if a bit misshapen looking). 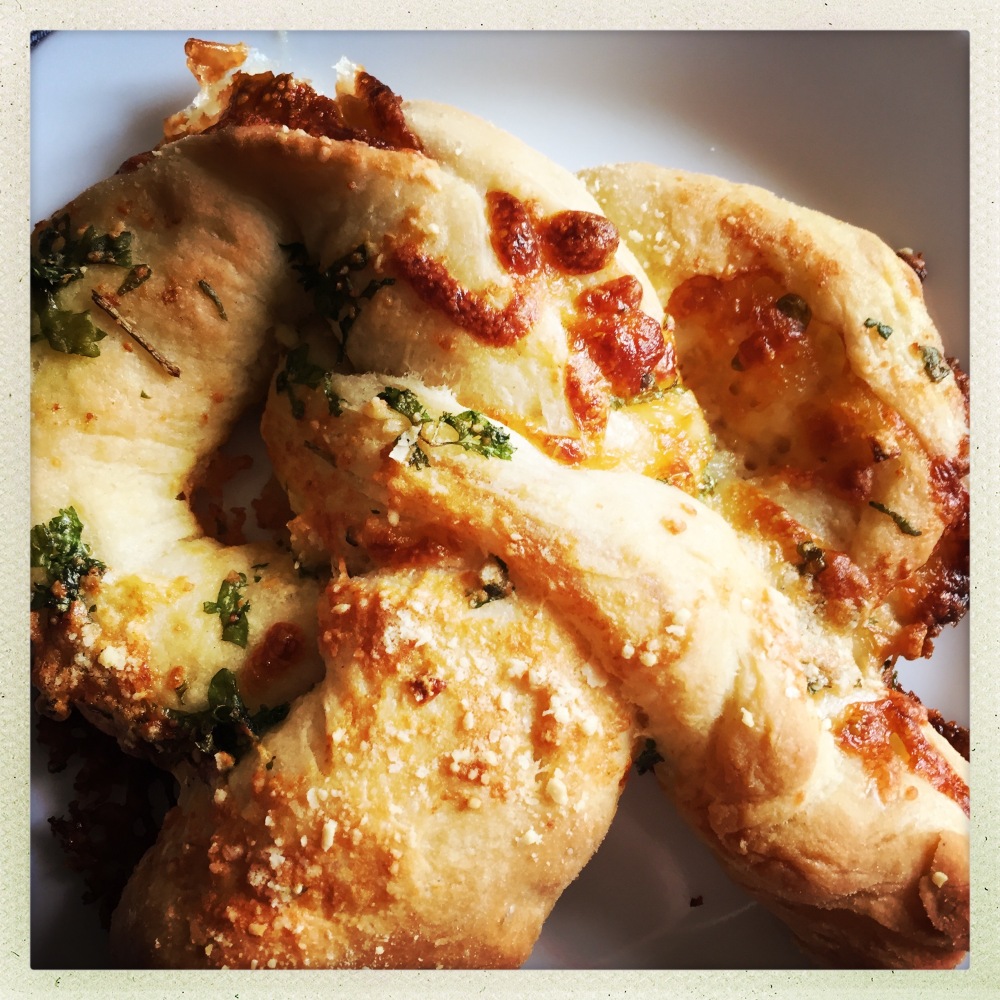