So, I’ve completed the Capital Ring! I started it on a bit of a whim on a miserable February day last year; I liked walking but I was bored of my normal routes, so I wanted to try something new and living near the Ring, I’d seen the signs, so it finally piqued my interest.

I started off at section 7 at Richmond, as that was the closest starting off point for me. I am very glad that I started off there, for reasons I’ll get to later. 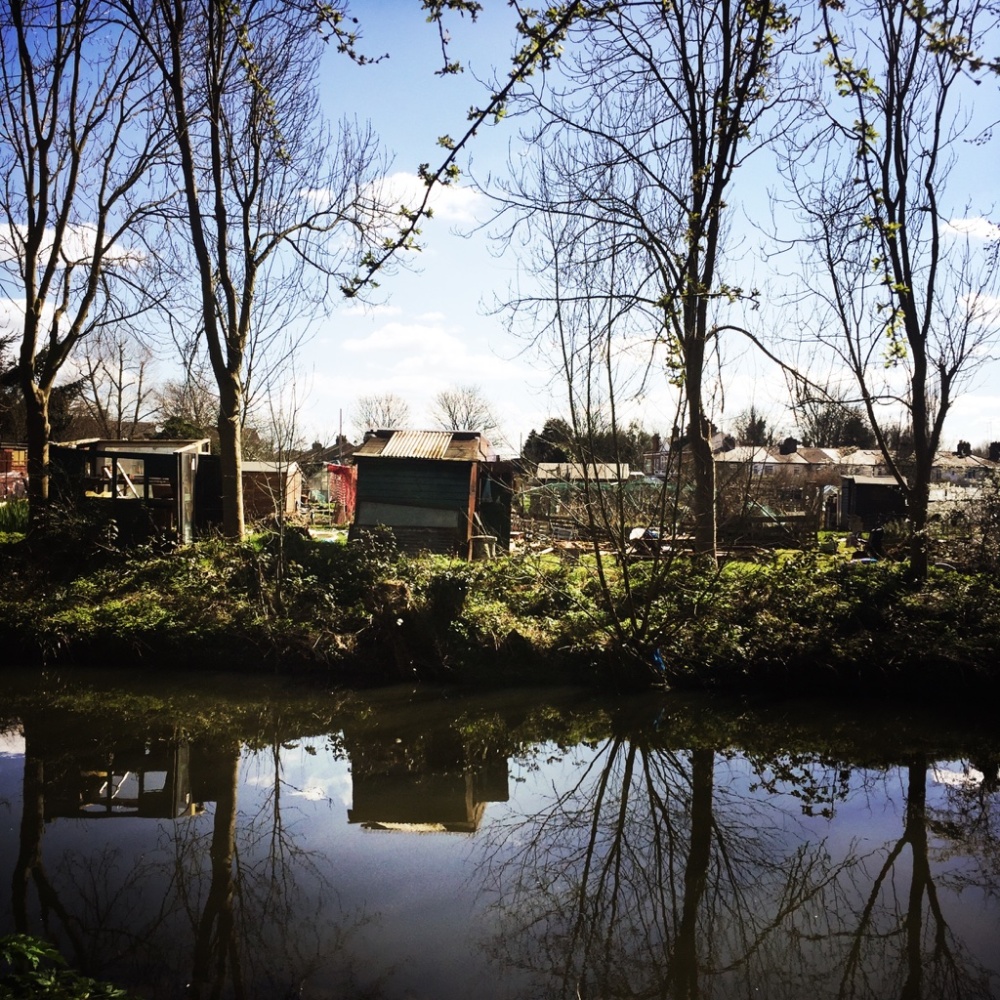 The first few sections (that I did) go from the Thames to a lot of canals (and possibly a few more rivers, I can’t remember, all I remember were the canals, so many canals!).

But then it gets hilly, I remember walking up this hill panting like a chain smoker (I don’t smoke) and then getting thoroughly embarrassed with myself as a bunch of old Polish guys stroll up the hill like it was nothing, puffing away on their fags. 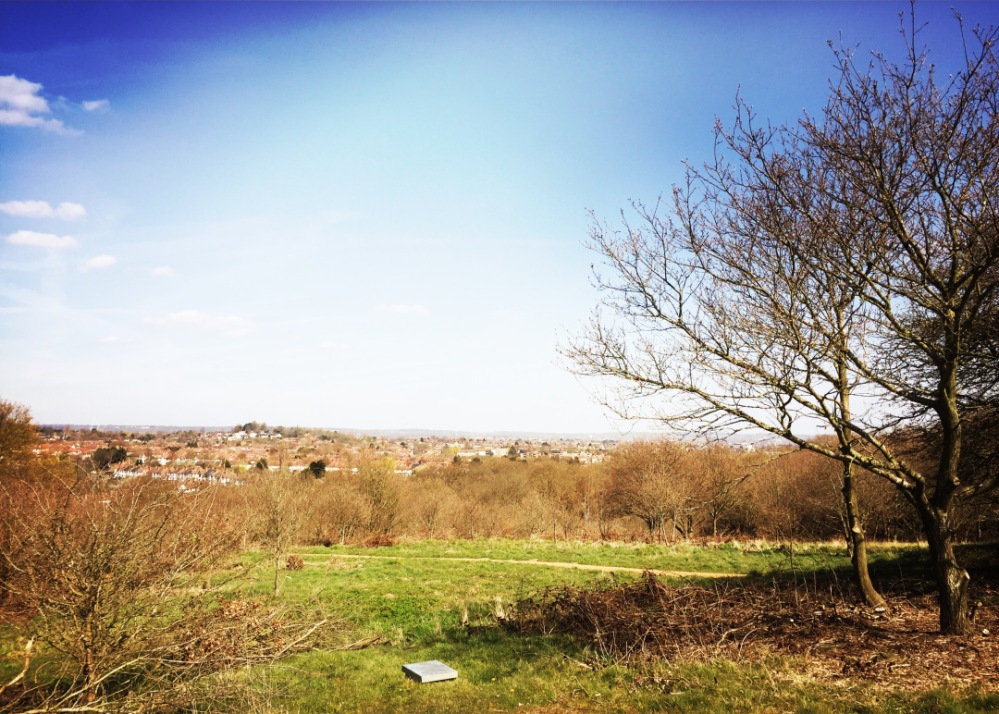 Next up was my first favourite bit, Harrow, which is in section 9. This was also extremely hilly (I generally don’t equate London with hills but its outskirts can be very hilly) but a very steep climb lead to a rewarding nose through Harrow school, which was like something, literally, from another world (a very pretty, very exclusive world). 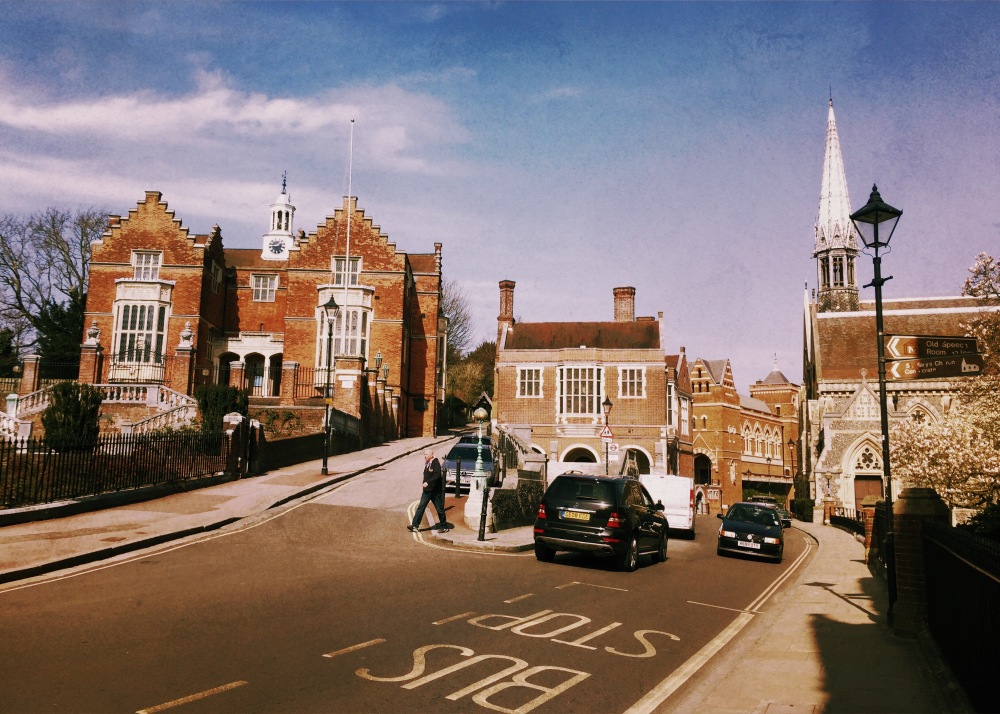 I had a run of favourites in this part of the Capital Ring, as section 10 had the very lovely Fryent Country Park, although I did get quite lost here, at one point because a Capital Ring sign was hiding behind a bush. 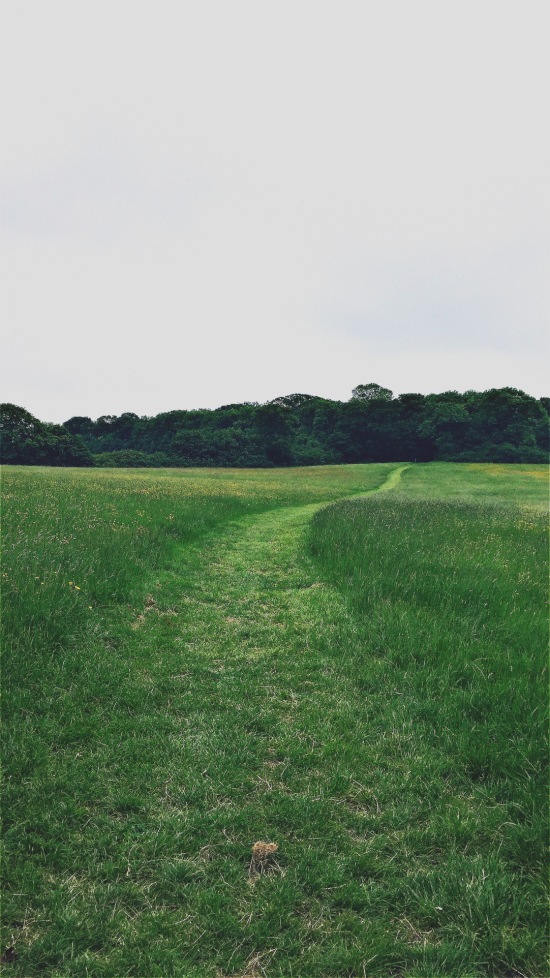 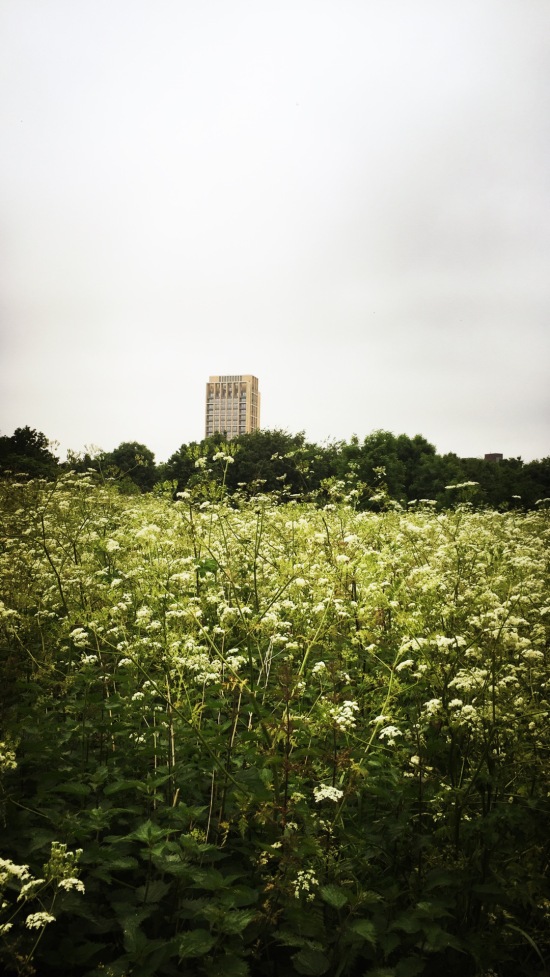 The favourites continued in section 11 with the absolutely lovely Highgate Wood.

And the nearby Queen’s Wood was rather Narnia like.

And the favourites kept piling in, in section 12 with the rather nice Parkland Walk, which had some excellent street art. 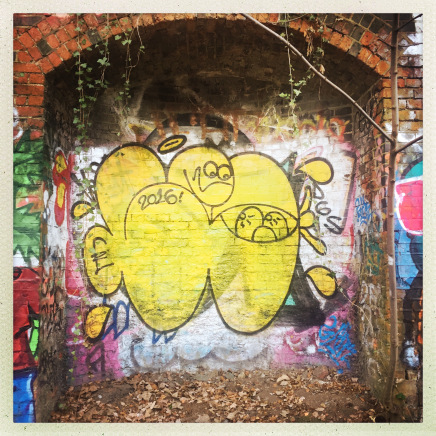 Section 12 also had its share of salubrious canal but these bits were quite nice.

Section 13 had the pleasant surprise of the River Lea, which I had imagined would be a bit meh but it was actually really nice, walking along kilometre and kilometre of river bank with boats moored alongside (plus some more cool street art). 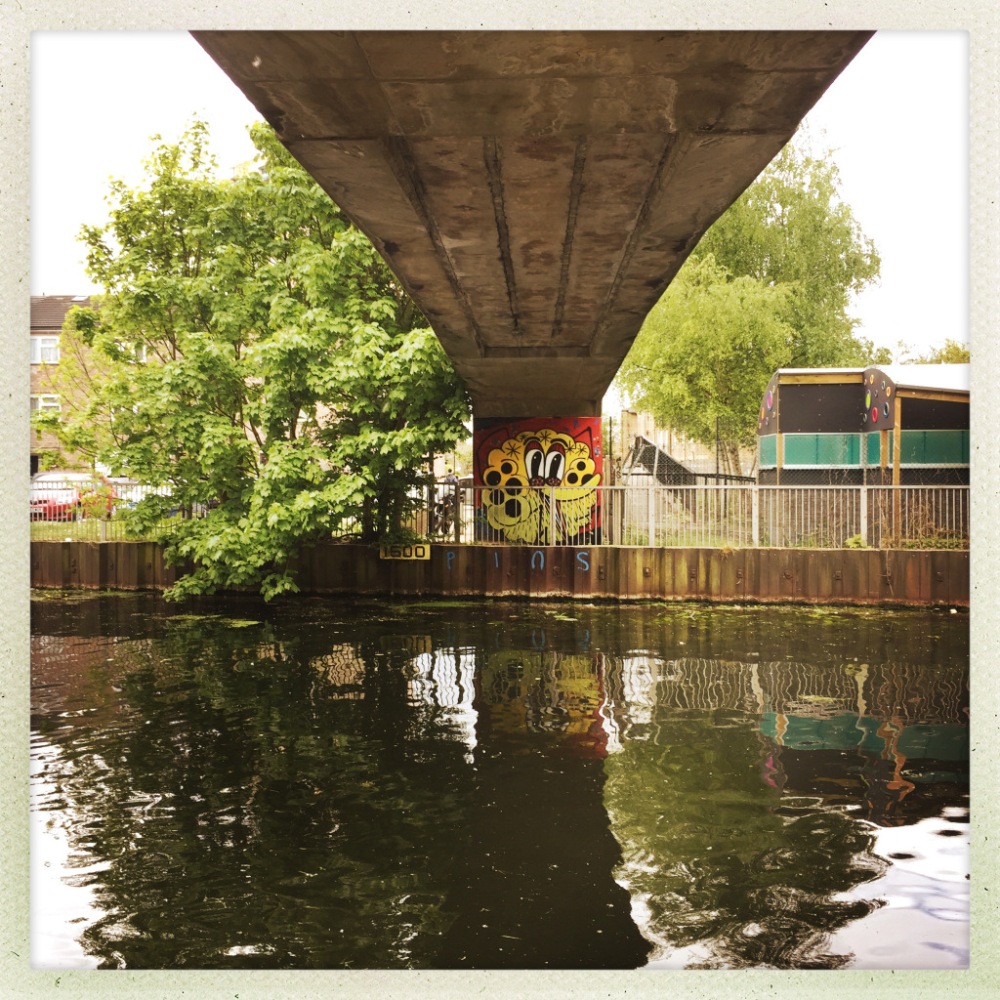 And then, after some boring bits (looking at you, Greenway), you get back to the Thames! Which looks mightily different to the Thames at Richmond.

And then you’re on section 1, where, if you absolutely can’t read maps (like me), you get hopelessly lost but eventually find your way to the lovely grounds around Severndroog Castle. 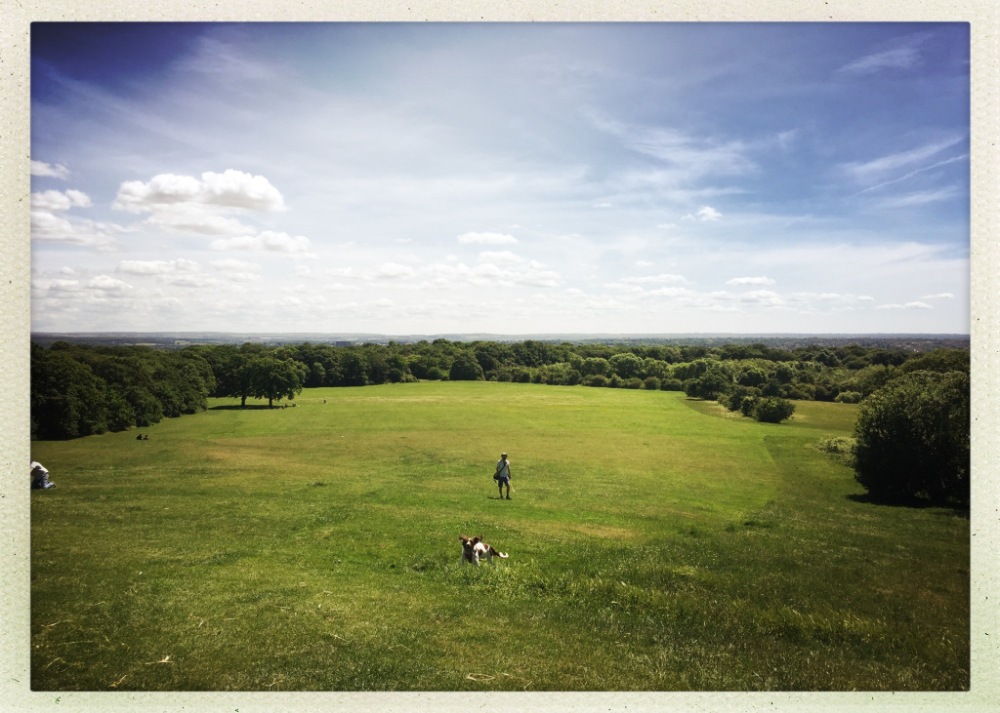 After this point (sorry South London and I feel like I’m dissing my own neighbourhood, as I’ve lived in London 20 years now and it’s always been south of the river), the Capital Ring gets boring. There was the occasional nice bit

and some more hill views. 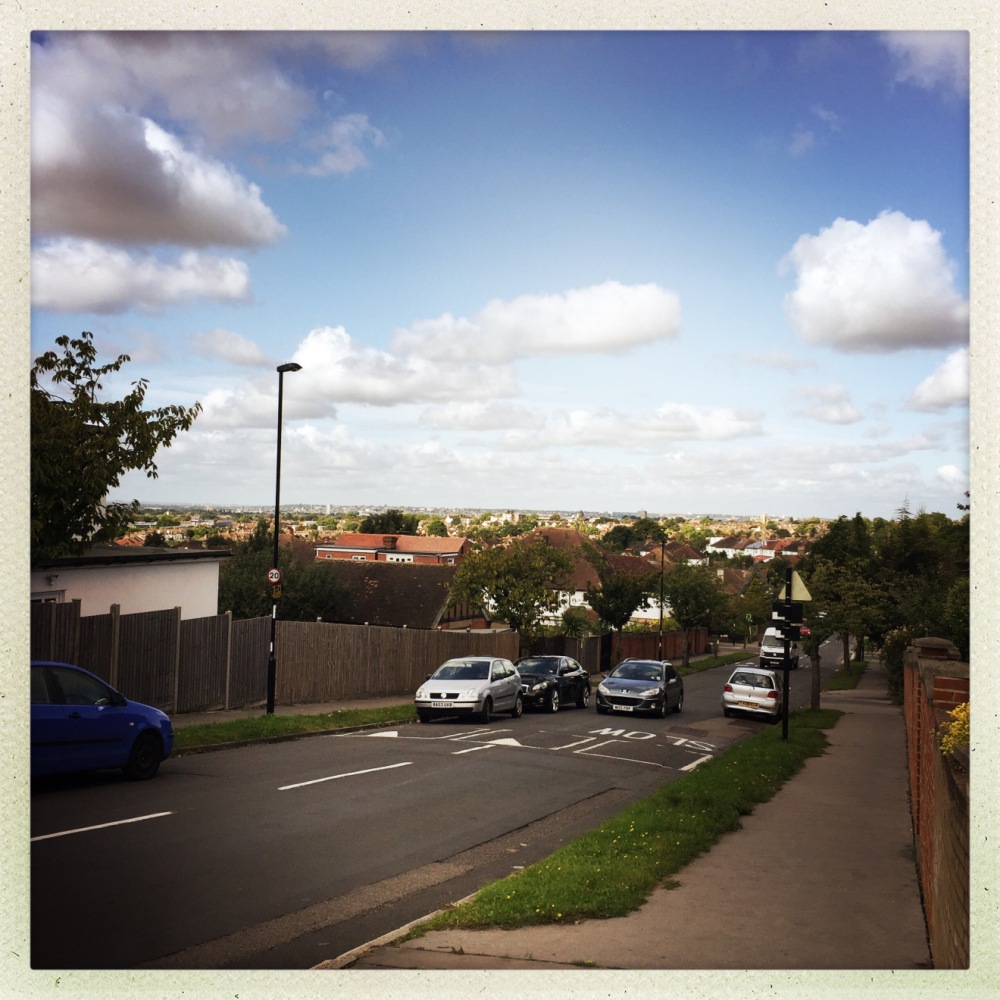 Things only really start to look up when the Ring is nearly complete, at section 6. I thought Wimbledon Park and particularly Wimbledon Common, were pretty cool and call me biased (as it’s my home park) but Richmond Park is always amazing.

And there I was, back at the beginning again. I’ve made a (bad) video with some of my other photos, a ‘walk’ around the Ring.

So, am I glad that I did it? Of course! However, as I said, I am very glad that I started at section 7, not section 1 because I struggled with some of the signage in section 1 and it may well have put me off continuing. And if that hadn’t put me off, sections 2 to 5 are (sorry those bits of London) mostly pretty boring, it’s a lot of residential streets and very urban parks, so I may not have continued due to apathy. But starting at section 7, by the time I got to those sections, I was determined to finish. I guess it’s hard to draw a completely green ring around London but the Capital Ring has opened my eyes to exactly how much country-like space we have.

Also, as a sort of unintended consequence, considering I started on the Capital Ring as a bit of a whim because I was bored, doing the Ring has definitely made me fitter, which has been a fantastic bonus. I’ve always been a ‘walker’ in that I don’t drive, so if I’m not getting public transport, I’m walking and particularly when my kids were younger, I was a walking taxi service, escorting them to and from their various things but starting the Ring coincided with the walking taxi service tailing off, as my kids got more independent, so I did realise that if I was going to continue walking a lot, I needed to actually make time to go and do it deliberately. Anyway, when I started the Ring, the first section I did was 8km long and oh, back then, 8km was a lot. In my defence, I have bad feet (surgically corrected pes cavus, they’re better than they were pre-surgery but they’ll never be perfect) but that first 8km, oh I was knackered at the end of it, it was a long way and I was in a lot of pain with my feet afterwards. But as I persisted doing the Ring, I found that my energy levels improved and my feet’s tolerance to walking increased, so that distances like 8km soon became more like a walk in the park and by the end of doing the ring, I was looking at distances like 11 – 12 km and thinking, “I can do that, easy!” (with my pes cavus though, that last section, up and down the many rough hills of Wimbledon Common and Richmond Park, my feet did not like it afterwards, they’re not the greatest fan of long distances over rough, steep ground, even now).

Another bonus, health-wise, was that during the 21 months it took me to complete the Capital Ring, I had one very major surgery, one big surgery and one minor surgery (if I hadn’t had those surgeries, I would have almost certainly have completed the Ring in much less time). The surgeries included my abdomen area and I do credit the amount of walking I did on the Ring just before my very major surgery for preparing me well for the operation and helping me to recover surprisingly quickly (the nurses were very surprised I could walk completely upright and reasonably smoothly, two weeks after the operation).

So, would I recommend the Capital Ring to others? Yes, but with some caveats;

So, I’ve done the Capital Ring, what next? I definitely want another challenge and I was torn between the London Loop and the Thames Pathway. It’s pretty obvious what the Thames Pathway is, the London Loop is like the Capital Ring but even more on the outskirts of London, its sections tend to be longer too. The London Loop was severely tempting me, as it runs, in part, through my local shopping centre, so those signs are calling me but winter is coming up and I think what I’ve just said about safety and dodgy bits on the Capital Ring will also apply to the Loop and if I found it a pain to travel from my bit of outer London, across the capital to another bit of outer London with the Capital Ring, travelling even further to the edge of the city will be even more of a hassle, so, I’m not saying I’ll never do the Loop but I’m going to do the Thames Pathway, just the bit on the TFL website, I’d love to do the whole thing but then that would be a hassle with travel. I’m not going to rush out and do lots of Thames Pathway, I’ve been neglecting some more local walking recently and also, although I like walking as an exercise, devoting all my spare time to it has meant that I’ve not been doing other forms of exercise instead. So there will be Thames Pathway posts just not as frequent as I could sometimes get with the Capital Ring.

If you would like to catch up with the rest of my Capital Ring posts, the first half(ish) are on my old blog here and the rest you’ll be able to find if you rummage under this tag.